Toymaker Hasbro says it is removing a Trolls doll from store shelves after people complained that a button on the doll is inappropriately placed under its skirt. The decision comes after an online petition was created urging stores to remove the "Trolls World Tour Giggle and Sing Poppy" doll.


The petition has massed nearly 300,000 signatures. "When you push this button on the doll's private she gasps and giggles. This is not okay for a child's toy! This toy needs to be removed from our stores," reads the petition, which is addressed to Target, Walmart, Amazon, Dollar General and Family Dollar stores.

Queen Poppy, is the current Queen of the Pop Trolls, Peppy's daughter, and the female protagonist of the Trolls franchise. She was initially introduced as Princess Poppy in Trolls, but in merchandise was just referred to as Poppy, thus avoiding her title altogether.

A video of a mom demonstrating the doll's button, which when pressed activates the doll's voice, has gone viral on several social media platforms. 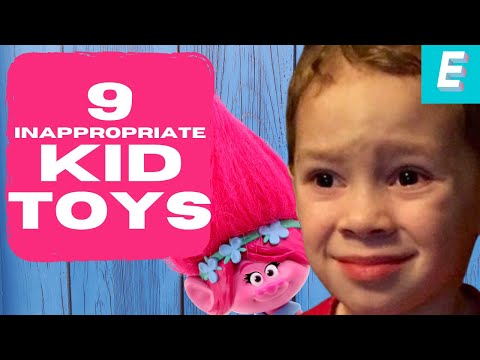